Your Guide to the Top Backpacking Destinations in the Southwest

The American Southwest is a mosaic of different landscapes. From soaring desert mountains and stone arches to deep sandstone canyons and wide open desert plains, backpacking in the Southwest is an experience you won’t soon forget. In this guide, we want to introduce you to it all and highlight the best Southwest backpacking destinations you won’t want to miss.

The Canyon Lands of Utah and Arizona

The Colorado River begins deep in the Rocky Mountains at La Poudre Pass Lake and cuts its way into the American Southwest through Southern Utah and Northern Arizona. This mighty river carves out numerous sandstone canyons that have become iconic for backpacking in the Southwest.

Starting with Canyonlands National Park near Moab, Utah, the Colorado River merges with the Green River and winds its way through stratified rocks and sandstone pillars. If you’re planning a backpacking trip here, you won’t want to miss The Needles District in the southeast corner of the park. Roughly 60 miles of trails intertwine through an area dominated by colorful Cedar Mesa Sandstone spires. These trails will take you near several impressive stone arches as well as historic sites such as the Roadside Ruin and the Cave Spring cowboy camp.

The Colorado River continues its journey through Glen Canyon National Recreation Area. Here the Escalante River and San Juan River join the Colorado River to fill up Lake Powell, the second largest man-made lake in the United States. Hiking and backpacking opportunities abound in the numerous canyons and watersheds, but numerous waterfalls, two stone arches, and a natural bridge have earned Coyote Gulch its place as the most popular backpacking destination among the Escalante River canyons. Go prepared because this is not an easy hike. Ranging from 12 to 25 miles depending on how close to the trailhead your vehicle can get you, the trail traverses hot, open desert and water-filled canyons.

Once past Lake Powell, the Colorado River crosses into Arizona through the Vermilion Cliffs Wilderness. At the north end of the Vermillion Cliffs, right along the Utah/Arizona border, sits one of the longest, most spectacular slot canyons in the world. Buckskin Gulch starts on the Utah side of the border and runs for about 15 miles to the confluence with the Paria River. From there, the Paria Canyon runs for about another 30 miles down to Lees Ferry. As the Paria River approaches the Colorado River, the canyon opens up and becomes exposed, hot, and dry. The best part of this southwest backpacking destination is on the Utah side of the border between the Wire Pass and White House Trailheads. 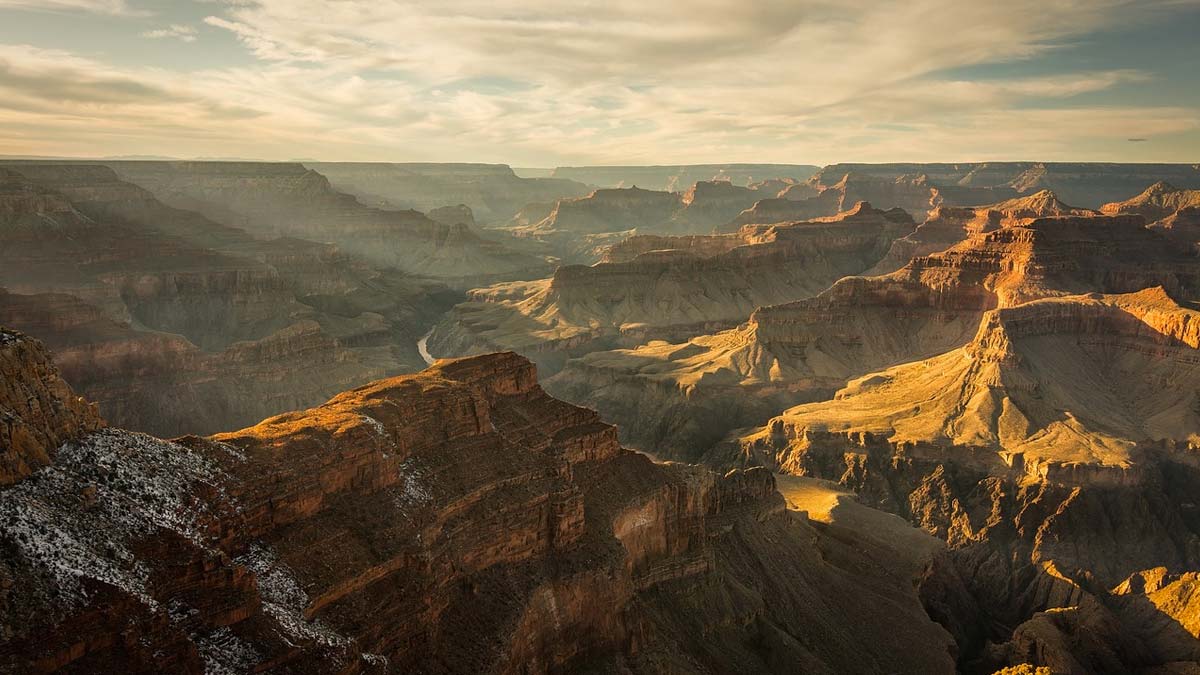 Finally, the Colorado River descends into the renowned Grand Canyon National Park, home to one the largest canyons in the world. There’s hardly a trail within the canyon that won’t take your breath away, but the South Kaibab to Bright Angel Loop is arguably the best bang for your buck. Right in the middle of the main corridor, South Kaibab will take you 7 miles down into the canyon, across the Colorado River, and set you up for the night at Bright Angel Campground. It’s almost 10 miles back to the South Rim along the Bright Angel trail, so consider spending a second night at Indian Garden. You won’t be sorry you did.

Tucked away in the southwest corner of Utah, Zion National Park has become one of the most popular national parks in the country, and for good reason. The Virgin River has carved out another spectacular slot canyon known as The Narrows. A hike through The Narrows will have you wading through the Virgin River beneath hanging gardens and looming 2,000-foot walls. Most day hikers will approach The Narrows from the bottom up, but you can opt to backpack The Narrows from the top down by starting at Chamberlain’s Ranch and making your way over 16 miles through the narrow river canyon, coming out among the crowds at the Temple of Sinawava shuttle stop.

The Desert Mountains of New Mexico and Nevada

Backpacking in the Southwest isn’t all about river canyons, though. Before the desert ever reaches the narrow river beds, it must first descend the steep, arid slopes of the surrounding mountains.

The Continental Divide Trail in the Gila National Forest, NM

The Gila National Forest, in the southwest corner of New Mexico, makes two claims to fame among its many other wondrous offerings. It is home to the Gila Wilderness, the first designated wilderness area in the U.S., and it is traversed by the Continental Divide Trail (CDT), a 3,100-mile long-distance backpacking trail that traces the watershed divide through the continental United States. The CDT enters the Gila National Forest near Silver City, NM, passes over Black Peak, then cuts through the Aldo Leopold Wilderness and the Continental Divide Wilderness Study Area before heading north again through Gila.

With just over 100,000 visitors each year, Great Basin National Park is one of the least visited national parks in the U.S., which just might be what makes it one of the best Southwest backpacking destinations to hit. From the heights of the 13,063-foot tall Wheeler Peak (8 miles round-trip) to the depths of Lehman Caves (guided tours only), Great Basin National Park is sure to impress. With over 60 miles of developed trails, this hidden gem will easily become one of your favorite places to go backpacking in the Southwest.

The Searing Deserts of Southern California

The American Southwest burns itself out in the searing desert landscape of Southern California.

At 3.4 million acres, Death Valley National Park is the largest national park in the continental United States. Challenge yourself in this severe desert landscape by tackling the 26-mile Cottonwood-Marble Canyon Loop. The route will take you over steep ridges and through narrow canyons, challenging your navigational skills and backpacking endurance. Plan your water well, and enjoy the solitude of one the less crowded Southwest backpacking destinations. 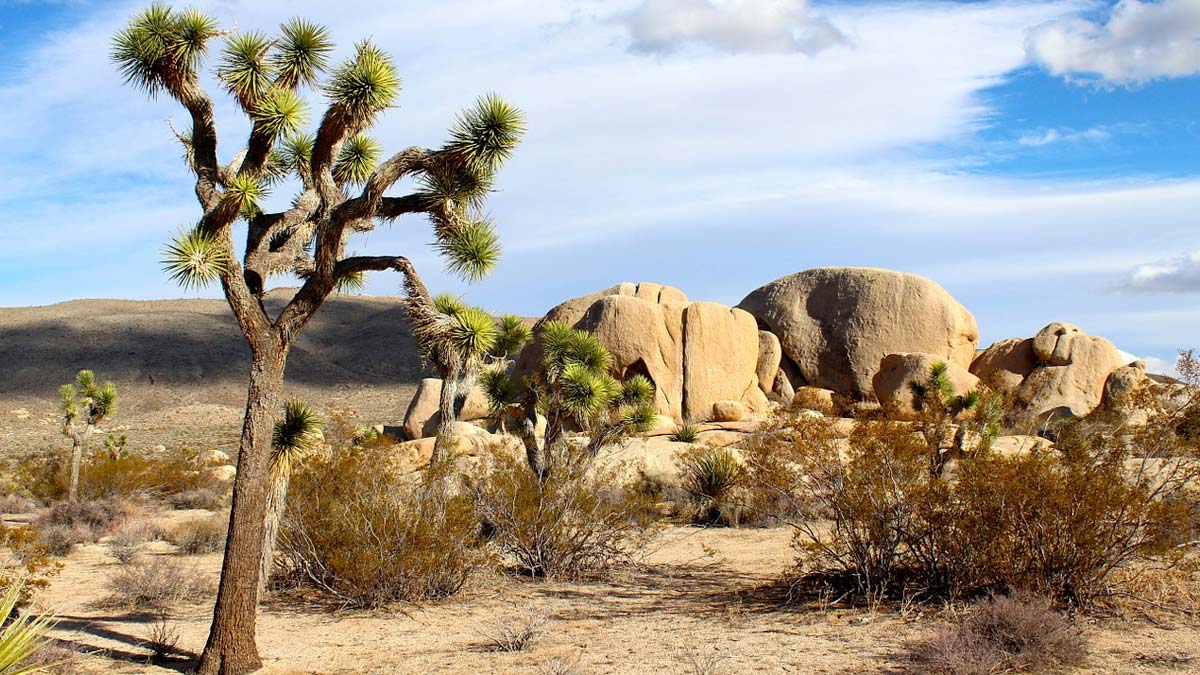 Best known for the prickly Joshua Tree native to the Mojave Desert, Joshua Tree National Park is located at the convergence of the Mojave and Colorado deserts. This makes it a unique staging ground for a wide variety of landscapes, wildlife, and vegetation. You can experience some of the best the park has to offer on the 35-mile California Hiking & Riding Trail in the northwest section of the park. Starting at the Black Rock Canyon Trailhead, this route passes through Covington Flat, Ryan and Belle Campgrounds, and ends near the North Entrance Station. You’ll need to cache your water ahead of time since water sources in the park are unreliable and protected.

Backpacking in the Southwest brings with it unique challenges, but delivers phenomenal rewards. The landscapes are unlike anything else, and with the proper planning and preparation, you can unlock a world of enchantment.

Added to your cart: